To celebrate British Science week, STEM club went big and went mobile so all could see what we do. (STEM Pathways - 21/03/2022) 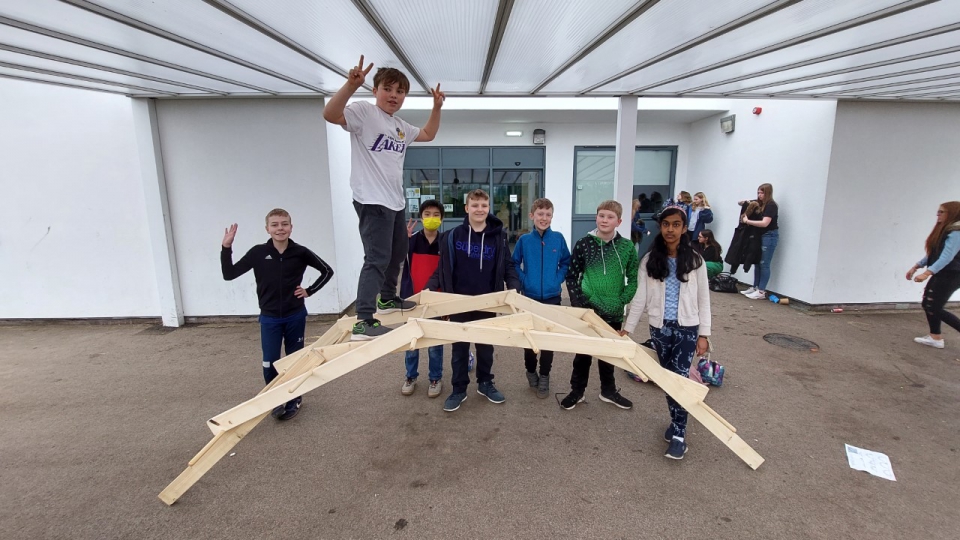 In all the excitement of British Science Week, this didn't get posted at the time. However there was great positivity from the Toot Hill STEM club as they marked British Science Week by building a large scale Da Vinci bridge at various locations around the school site.

Da Vinci bridges are bridges that have no fixings, screws, nails or glue and so can be assembled and disassembled quickly using only the power of physics! STEM club had previously made model Da Vinci bridges during one of our lunchtime meetings but as it was British Science Week, we thought we'd make one big enough for a person to cross for real!

Thanks to the students involved but also to all the students we saw around the school site, some of whom were even brave enough to make the crossing.