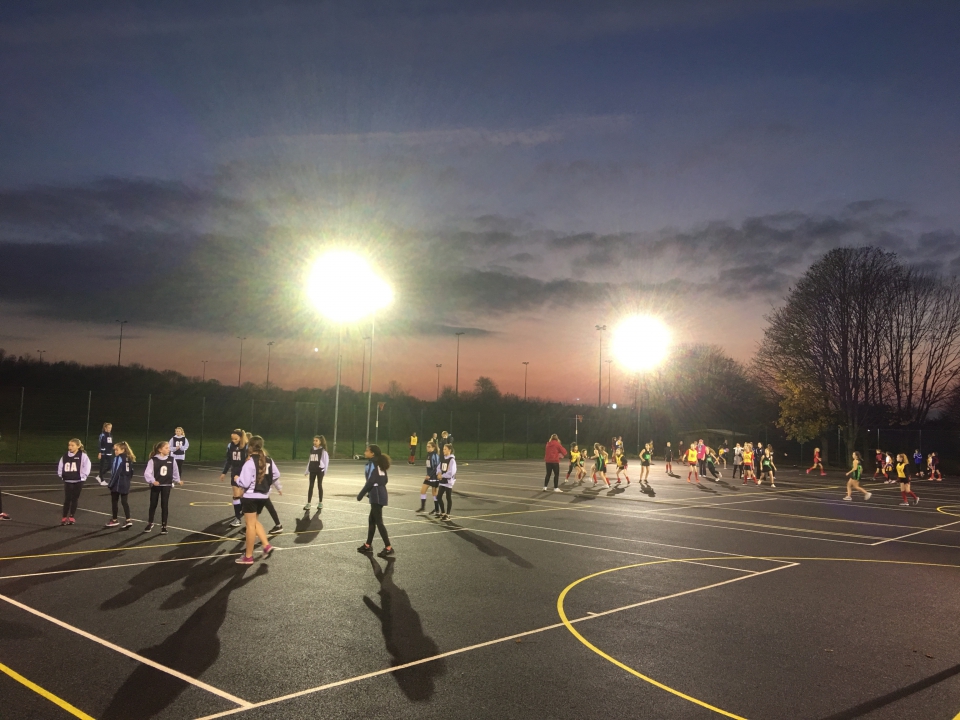 Toot Hill hosted their first netball CVL tournaments for Year 7s and 8s this year and it was an absolute success.

Throughout the tournament 20 schools attended with over 140 pupils participating from across the county. It was fantastic to see our facilities in full function and thankfully the weather was also on our side.

​Despite the nights drawing in we were able to utilise the new courts and floodlights which has enabled Toot Hill to be a hosting venue for such sporting activities.

The PE department would like to thank the Bingham Leisure Centre for supporting a great event and wish all teams entered the very best of luck in the tournaments!